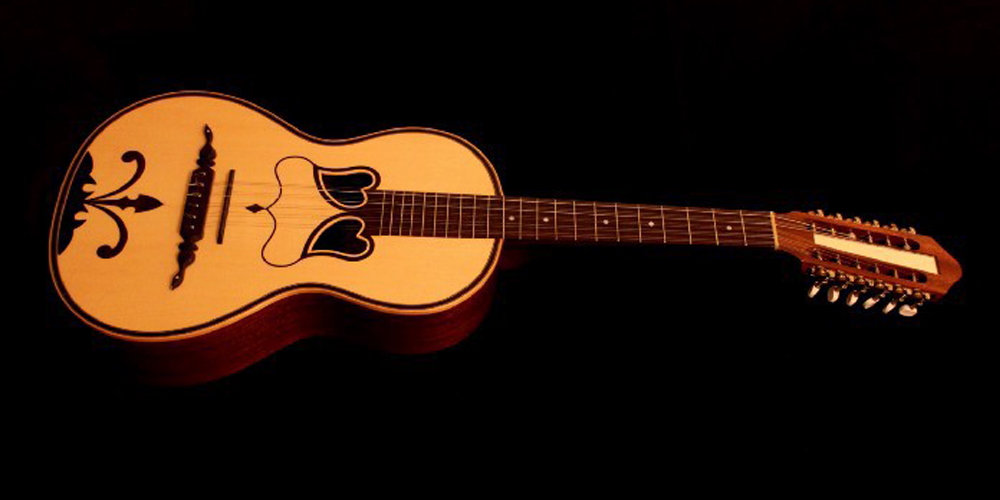 The Viola da Terra, also known as “wire viola”, or “two-hearted viola” or “12 string viola”, is a string musical instrument that is traditionally from the Archipelago of the Azores, Portugal. It is made of a high resonance box, narrow and shaped as an eight, with a slightly accentuated waist, long arm and a scale that reaches the mouth, with twenty one dots. The mouth is usually two-hearted shaped that, according to popular belief, represents the love between two people that are separated. Other elements of the decoration of the mouth are associated with symbols related to Emigration.

The origins of this viola are related with the presence of the Portuguese viola (or guitar), brought to the islands from the mainland, at the time of the settlement of the Azores, in the beginning of the 15th Century. Due to the isolation of the islands of the Azores, and the imagination of several generations of viola makers, the “Viola da Terra” underwent a number of modifications up until today. This led to the existence of two types of “Viola da Terra”: the Micaelense (typical of the island of São Miguel) and the Terceirense (from Terceira island).

Throughout the centuries, the “Viola da Terra” assumed great social and cultural importance in the lives of the Azoreans, and was present in several traditional festivities, such as: the Carnival from Graciosa island, the regional balls in São Jorge, the Chamarrita in Pico, the Holy Ghost Festivities, the Traditional Challenge Singing, amongst many other cultural manifestations happening all over the islands.

The “Viola da Terra” is an instrument that one can find in almost every island of the Archipelago, varying between them in construction process, set of strings, tune and playing technique.

Until some years ago, the “Viola da Terra” was diving into obscurity and indifference of the people, gradually being replaced by the classic guitar, given the fact that “Viola da Terra” players and instrument makers were getting hard to find.

Born in the parish of Ribeira Quente, island of São Miguel, in 1980, since a young age showed an interest in music, and when he was 12 he began learning classic guitar with his father. Rafael became fascinated by the unique sound of the “Viola da Terra”, and when he was 13 years old, he became a student of “Viola da Terra”, with Carlos Quental, in the Viola School from the Folclore Group of São Paulo.

In 1996, Rafael made his debut in accompanying Challenge Singing, with his colleague Jaime Braga at the Classic Guitar. Although difficult at first, he was able to make the “Viola da Terra” a part of Challenge Singing again, since it had been gradually substituted by the Portuguese Guitar.

His work is also based on a willingness to perpetuate and assure the continuity of the musical teachings of our ancestors for future generations.

In 2005, Rafael Carvalho formed the Musica Nostra Trio, with Ricardo Melo and Ana Medeiros, with whom published his first musical record in 2010 called “Cantos da Terra”.

The Trio performed at the X Anniversary of the Regional Orchestra Lira Açoriana, in a unique concert for Orchestra and “Viola da Terra”, having also performed in every island of the Azores, in Brussels, Teatro da Trindade and in FNAC (Colombo and Alfragide).

Rafael Carvalho was also a “Viola da Terra” teacher at Academia de Música da Povoação, and a teacher at “Viola School” from Fajã de Baixo Folclore Group. He has been a teacher of “Viola da Terra” at the Regional Conservatory of Ponta Delgada, where he developed the first Minimum Program for Viola da Terra Micaelense, from beginners to 5th degree.

Rafael has organized, together with the Youth Association “Viola da Terra”, the first ever Azorean Violas Meeting (2011), which involved viola players from 5 islands of the Azores, and, since 2011, has been organizing the Violas do Atlântico event that has had 8 editions already, and that brings several string viola players to the Azores every year, for concerts with “Viola da Terra”.

In February 2012, he launched his first solo CD, entitled “Origens” (Origins), with 10 instrumental themes, of which 5 are traditional and 5 are original songs written for “Viola da Terra” — making this the first album of its kind in the Azores.

The song “Mouraria” was used as a theme song for the television show “Programa das Festas” from regional RTP Açores, in a project by Vasco Pernes and Rui Machado.

In 2016, Rafael Carvalho formed the Origens Trio, with Carolina Constância (Violin) and César Carvalho (Classic Guitar). They have performed in Arquipélago — Centro de Artes Contemporâneas, in the Outono Vivo Festival, in the city of Praia da Vitória, e during the Temporada Artística 2018, with concerts in Solar dos Viscondes Botelho and in the Centro Municipal de Actividades Culturais de Nordeste. The Trio has also performed in the Auditorium of Museu dos Baleeiros, in Pico, and in the Casa dos Dabney, in Faial.

“Relheiras” (the name of the album) are grooves in the stone lava landscape, a sort of “trail fossil”, formed by the continuous passage of the ox carts of old times. Serving as a trail for the transport of mostly heavy loads, the wheels of the ox carts shaped the rock as the carts passed by, thus wearing out the rock and creating grooves that are deep and continuous. They have survived the passage of time and they help us better understand our history and the history of the islands of the Azores.

The album “Relheiras” was inspired by this idea of the passage of time and the way that we leave our imprint on others and others inspire us. The album is, according to the author, the reflex of his own relationship with different places and people that have inspired his life throughout the times.

In July 2018, Rafael Carvalho launched his fourth CD, entitled “9 Ilhas, 2 Corações”. A difficult and extensive work of recollection of the Azorean traditional songbook, this double album includes 80 instrumental songs with “Viola da Terra”, traditional from all the islands of the Azores.

This musician’s work can be appreciated in the quality and mastering of the recordings, as well as in the technique and excellence of the executions, which make the sound of “Viola da Terra” even richer and fuller when playing melodies from the traditional Azorean songbook. 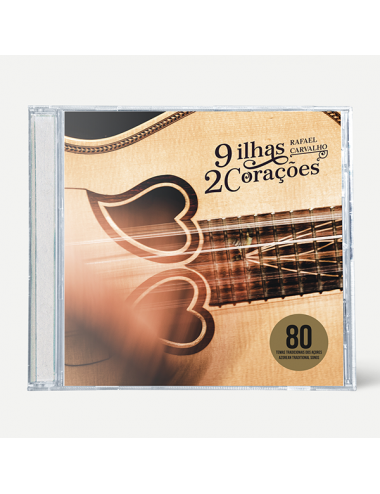 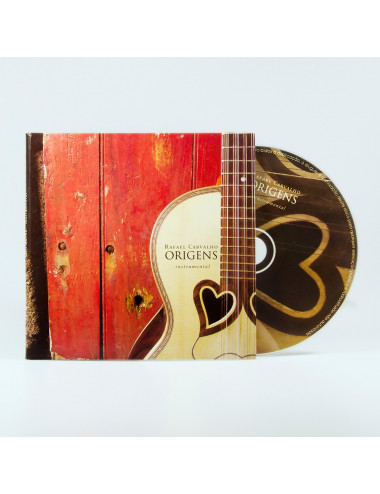 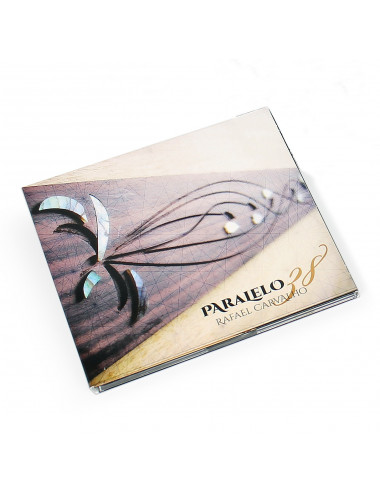 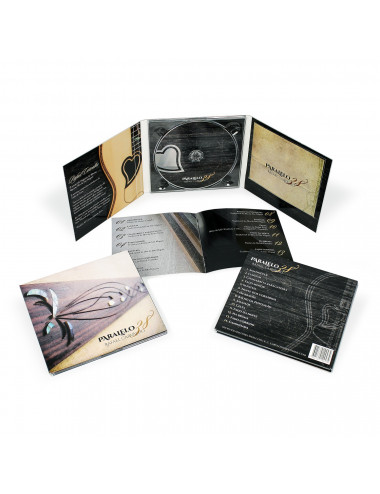 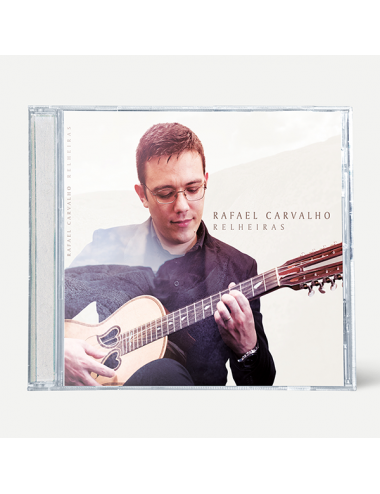 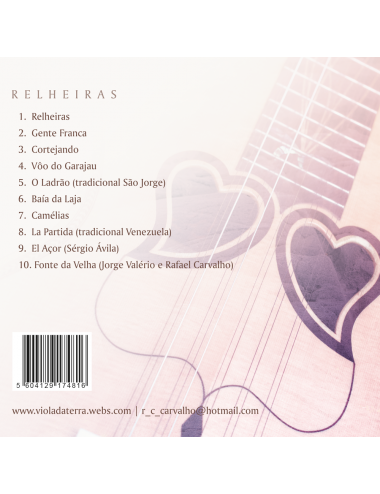