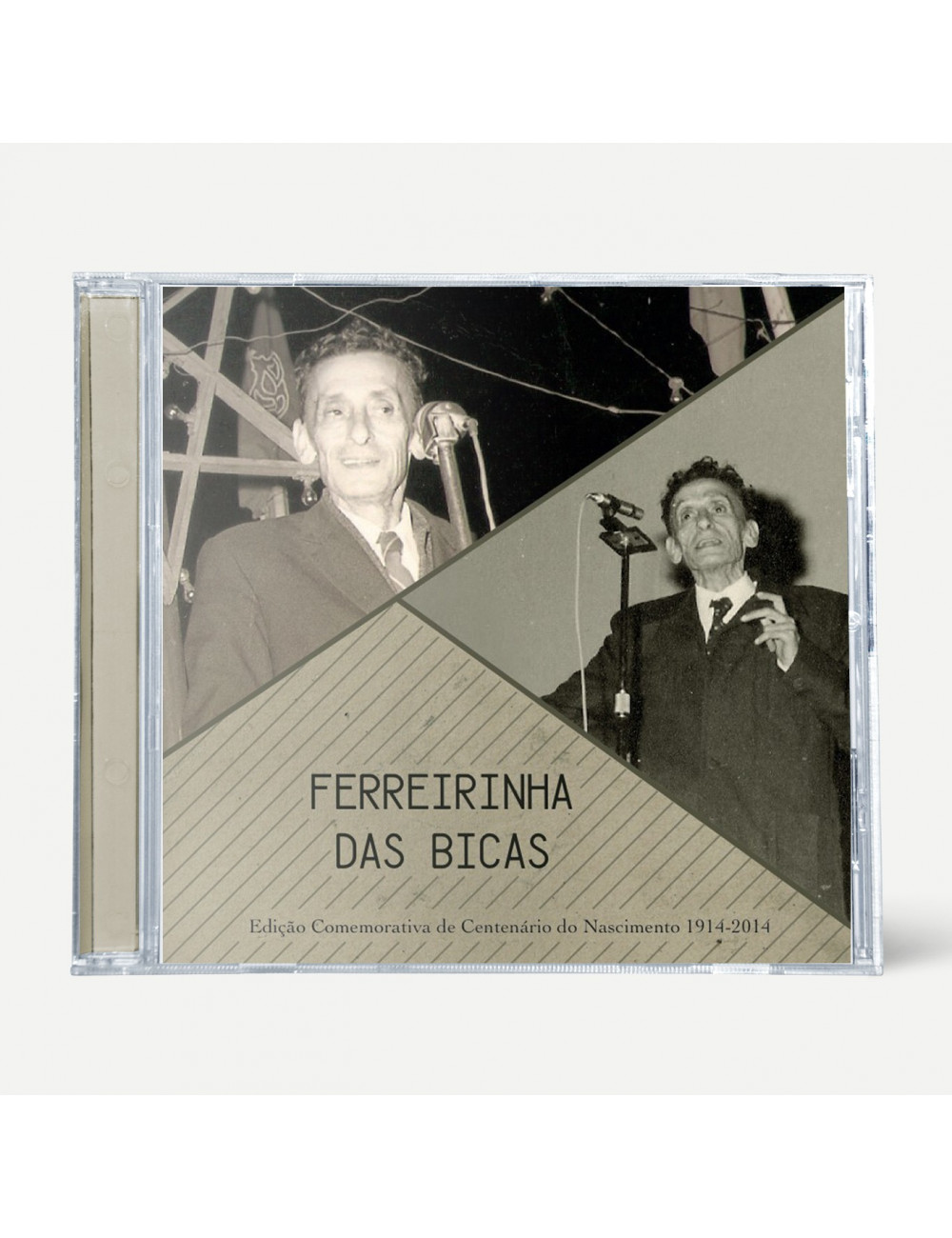 Commemorative edition of the centenary of the birth of the popular Terceira singer "Ferreirinha das Bicas" (1914-2014).

About "Ferreirinha das Bicas": Francisco Ferreira dos Santos was born in the place Boa Hora, in the parish of Terra-Chã, in the city of Angra do Heroísmo, Terceira island, in October 25, 1914 and died in the same parish on 18 February 1981 with 66 years of age. Best known as "Ferreirinha das Bicas", he was an improviser, a poet and popular Azorean singer who became famous for his wit and humor. He was the author of verses full of humor, punctuated by sayings that made him an improviser of undeniable qualities, although he just learned the basics of reading and writing. He was a horticulturist.

Deeply attached to the Holy Ghost Festivities and brotherhoods, he also composed verses and plots for Carnival dances, among which were the famous Dança dos Marinheiros, Dança de Camões, Dança de D. Miguel e D. Pedro IV, all of which were classic theme carnival dances.