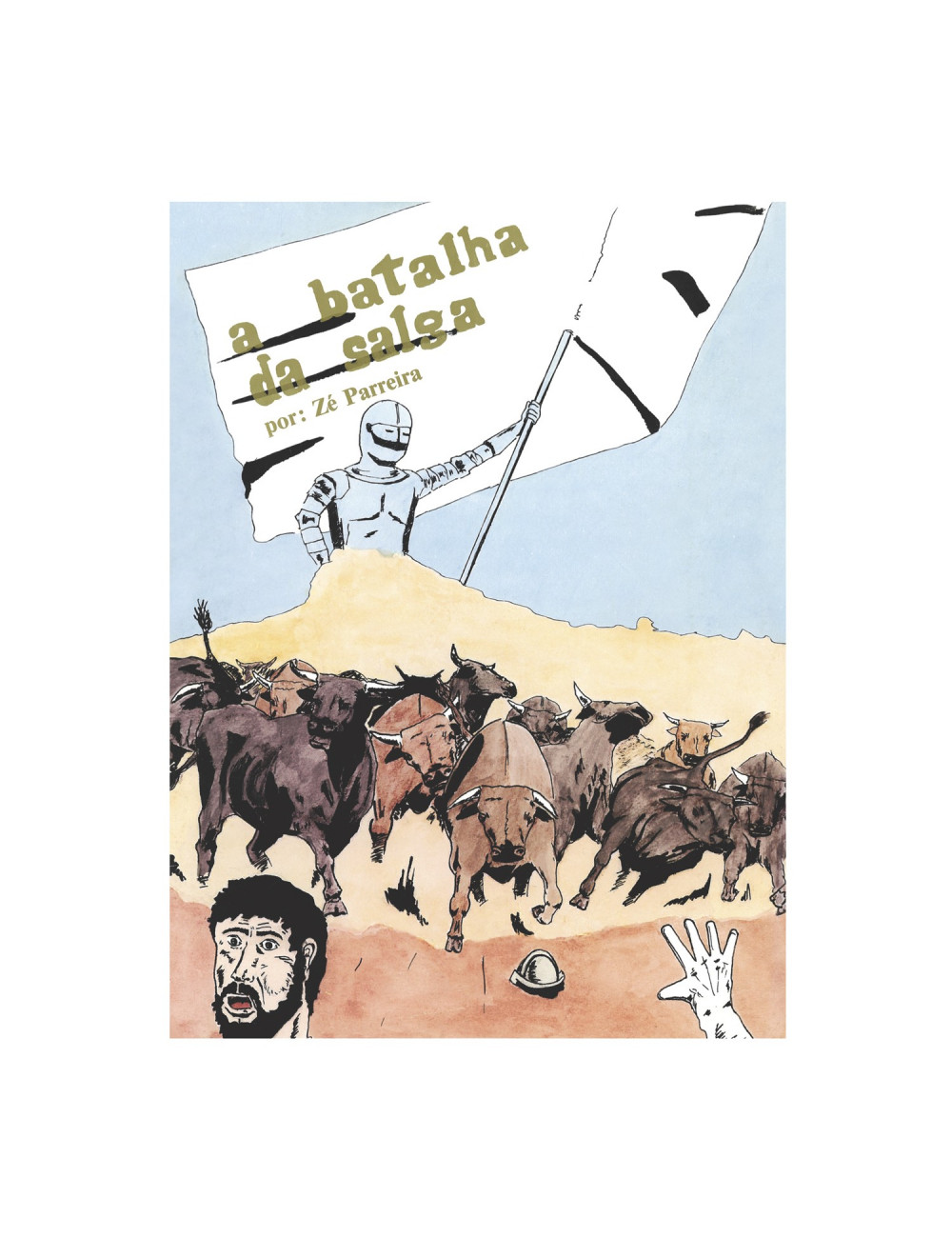 Reissue of the original 1981 Comic Book. By Zé Parreira

"A Batalha da Salga" is a comic book published by the Municipality of Angra Heroism in 1981, written by Zé Parreira, that tells the story of the Battle of Salga, that occurred on July 25, 1581, in the Baía da Salga, in São Sebastião, under the jurisdiction of the former municipality of São Sebastião, ilha Terceira, between a Spanish landing force and the Portuguese forces that, in the name of D. António I, fought and defended the island in opposition to a possible union with Spain.

In 2014 the municipality of Angra do Heroismo decided to reissue the comics, recovering the traits and the 1981 original drawings.