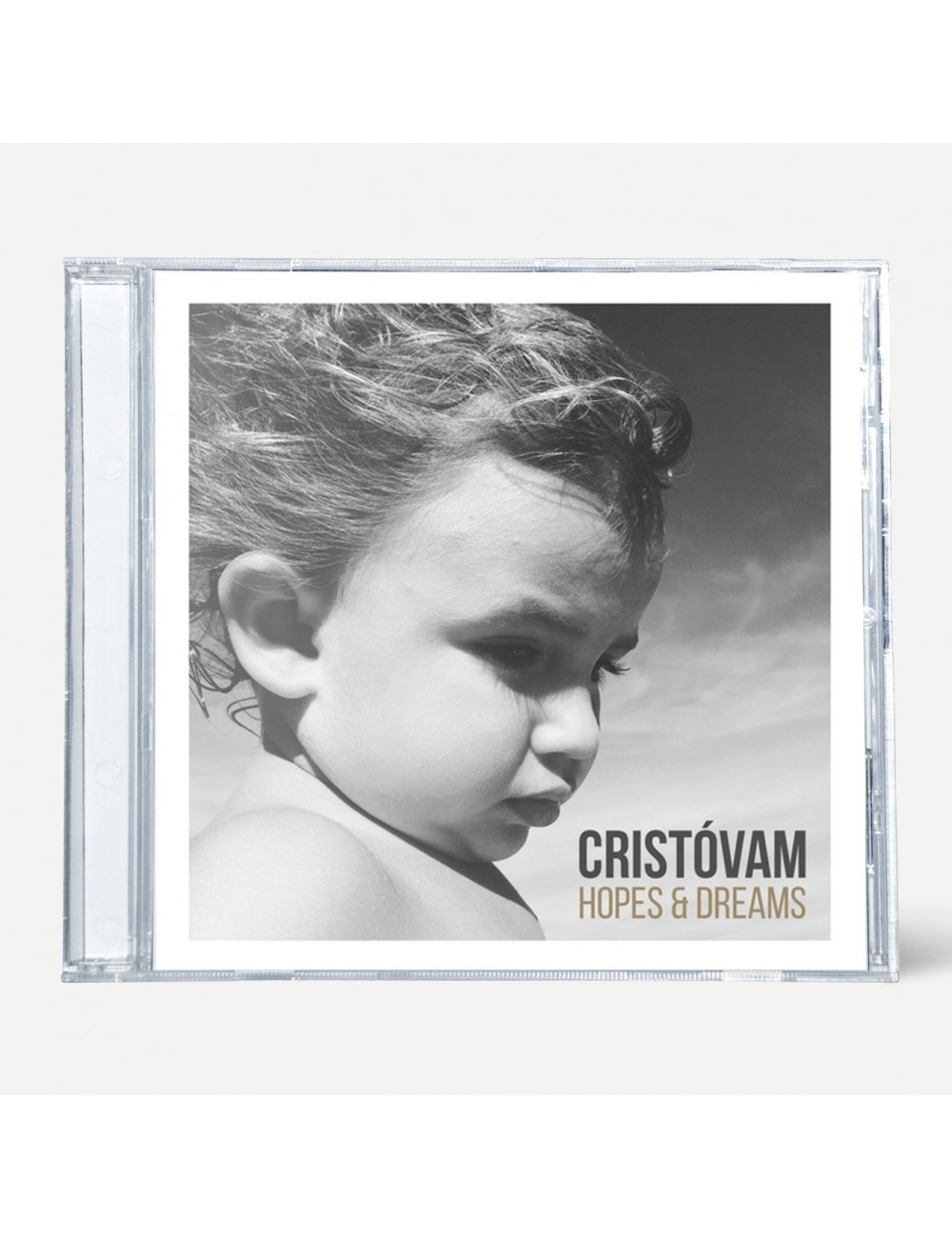 Cristóvam—Raw as the Mountains, Deep as the Sea

Cristóvam is a singer/songwriter from Terceira island, Azores, and “Hopes and Dreams” his début album. Despite the artist’s young age, the LP is a solid musical piece, with life-written lyrics and rough-edged vocals, one that builds an acoustic soundscape of melodies on hopes, dreams and the growing pains of life.

Born amidst the deep blue of the Atlantic Ocean and the lush green of the islands of the Azores, Cristóvam is, first and foremost, the son of two dreamers who always him to always believe in himself and follow his musical dreams.

While growing up in a small island, somewhere between Europe and America, Cristóvam would gaze at the horizon, understanding that the sea that surrounded him was also an obstacle to overcome, in order for his music to truly be.

Hopes and Dreams is the result of Cristóvam’s journey to overcome the sea, proving to be much more than an island songwriter, with his music speaking from the island to the world, echoing and connecting not one, but many of us listeners.

While the acoustic guitar resonates youth and intimacy, his harsh voice conveys experience and wisdom. The instruments finish the soundscape with contemporary and modern tones, but if we strip the music to its core — guitar and voice — the song ultimately “remains the same”.

There is a crude honesty in his gut-down lyrics on mundane topics that somehow transcend the particular experience of one, turning the songs into collective voices and experiences for many. From the pains of growing up, to the solace of friendship or the longing for the future, Cristóvam’s music builds up on everyday uncertainties, making them hymns for everyday convictions.

Like most of his idols, Cristóvam’s songs are painfully sincere, and he doesn’t know how to make them any other way. His music carries both the urges of youth and the bitter wisdom of an old age that is physically yet to come. For the good or the bad, he is what you hear: raw as the mountains, and deep as the sea.

Hopes and Dreams was recorded at Namouche Studios, Portugal, engineered and mixed by Pedro “Villas” Silva and mastered by Carlos Juvandes. It has had three singles released over its production time: “Walk in the Rain”, “Red Lights” (feat. Mariana Domingues) and the opening single for the album: “Faith and Wine”.

The single “Walk in the Rain” (2016) is featured in the movie A Canção de Lisboa (2016), a modern remake of the 1933’s homonym black and white Portuguese movie starring Vasco Santana. The remake’s director, Pedro Varela, first heard the song while visiting the studio where Cristóvam was recording Hopes and Dreams, and immediately fell in love with it, asking for it to feature in the movie’s soundtrack.

The song was also a nominee for the 2017 International Portuguese Music Awards (IPMA) for Pop Performance of the Year.

“Red Lights” (2017) features backing vocals by Portuguese singer Mariana Domingues and was first written while Cristóvam was visiting Amsterdam. Although the lyrics can be interpreted as having to do with a city with a Red Light district, the truth is that words like “Oh my dear / Have no fear / I’m here for the good times / Here for the bad times / Here for all that’s wrong and all that’s right / We echo through the night / Between these red lights” could have easily been written in Lisbon, or Tokyo, for that matter.

“Faith and Wine” (2018) is the official single for “Hopes and Dreams” and it is a wonderful song to introduce Cristóvam’s music and the album to new listeners. The official lyric music video is an animation by Jake McBride, a British film director responsible for Animind Studio and who has worked on several film projects, including as member of the Art Department for the movie Transformers: The Last Knight.

A very optimistic song, with an uplifting beat, it also talks about love, commitment, the certainties of life and “dosing our hopes with faith and wine” to cope with it. The lyric music video is a beautiful animation, following the words and sometimes hinting at complementary meanings.

(Flávio Flores) Cristóvam was born on December 16, 1988, in the city of Angra do Heroísmo, Terceira island, in a very “music-loving” family environment. His late grandfather was one of the founders of Rádio Club de Angra (the city’s first radio station), and his father would always have music playing in the living room stereo at home.

When Cristóvam was 11 years old, he learned how to play the acoustic guitar and started writing his own songs. He then later bought a small piano and a cheap interface for his first recordings. Because he didn’t know any other musicians, he ended up having to learn how to play a bit of every instrument he wanted to hear in his songs, so that he could record them.

A few years and many recordings later, at the age of 20, Flávio began working on his first studio songs. In order to do so, he got together with three local musicians with whom he would later form the Flávio Cristóvam & The Jamandizen Band: João Mendes (drums), Raul Cardoso (bass) and Timothy Lima (guitar).

In the summer of 2009 the band won first place in the Angra Rock Contest, playing as opening act for national pop singer Susana Félix. The band was elected by the European Contest MySpace/Vodafone “Ones to Watch”, having their music heavily promoted across MySpace and Vodafone’s music platforms.

In 2010, Flávio Cristóvam & The Jamandizen won the LABJOVEM — Young Azorean Artists contest, in the Music category, and Flávio Cristóvam was awarded the LAB REVELATION award for artists under 20 years-old. The band would go on to perform in Boston and in São Miguel, Faial and Terceira islands, as part of the LABJOVEM Show Case.

At the time, Cristóvam’s song “Against the Wind” reached one of the top ten places in the UK Songwriting Contest — an award with more than 5600 participants and a total of 16.000 songs.

The band would go and change its name to October Flight, in 2012, when the debut album “The Closing Doors”, was finally released. The band’s lineup also suffered some changes, with João Ornelas replacing Raul Cardoso on the bass, and the introduction of André Gomes as keyboard player.

Produced by Rui David (the sound man behind artists like Hands on Approach, Mazgani or Darko,) “The Closing Doors” had a relative good acceptance, delivering two hit singles with consistent airplay: “Make you Mine” and “Start Again”, the latter featuring vocals by famous British singer/songwriter Elkie Brooks, often referred to as “The British Queen of Blues”.

October Flight would go on to promote “The Closing Doors” in a set of concerts all around mainland Portugal, and around 2016 decided on a hiatus, paving the road for Cristóvam to begin working on his solo career. 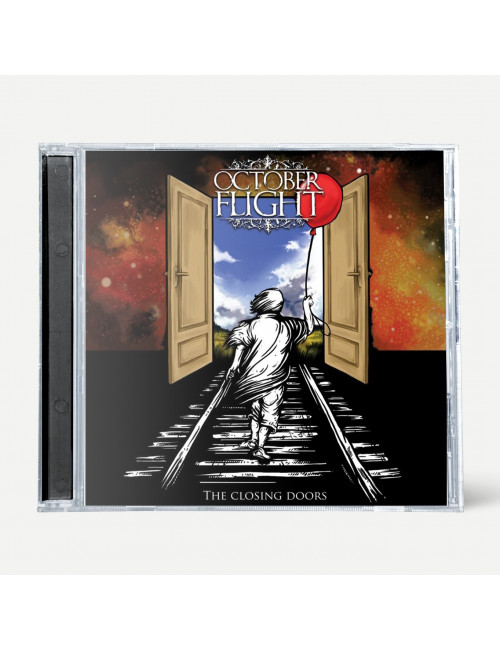