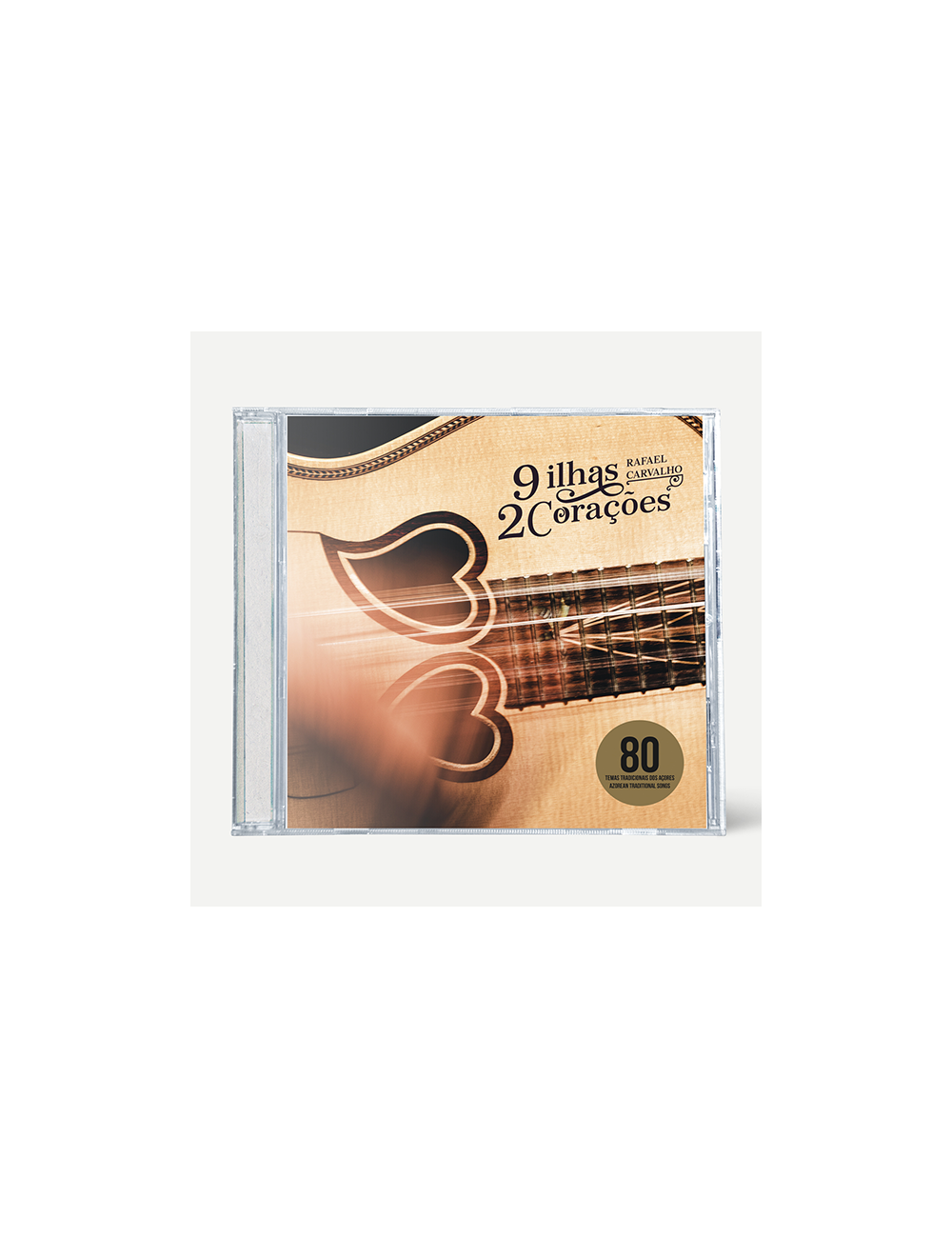 "9 Ilhas, 2 Corações" is the fourth album by Rafael Carvalho, in a double CD format, with about 80 songs from all the islands of the Azores, performed in a single solo guitar. Without musical arrangements, this is a research and collection work of about two decades, and that includes many themes known to all, but also pieces that have never been edited.