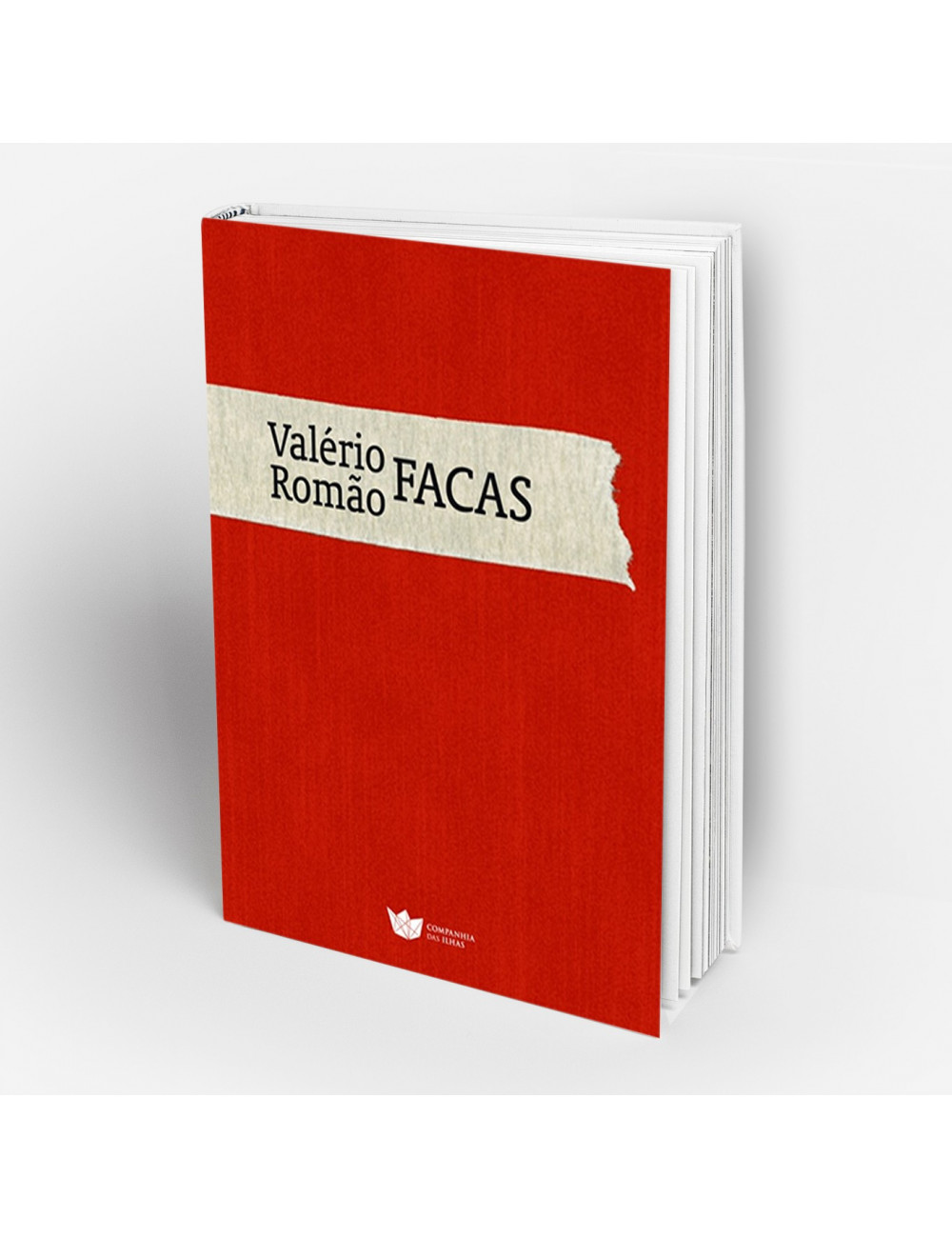 Facas is a book that takes a thematic centrality contrasting with the formal freedom with which it expresses, in mutations of form and tone throughout the short stories inside, the various declensions of the object that lends the book its title, sometimes sublimating them a realism as magical as grotesque, sometimes making them visible masks of a more kaleidoscopic human nature, sometimes challenging book reader and logic, dispossessing them little by little of the clarity and certainty of a definition, as if someone who is standing on the beach and incapable of saying if the beach is the sand or if the beach is the sea.

About the author: Valério Romão, France (1974)
Was three times selected in national competition Young Creators (2000, 2001, 2002), two in prose, one in poetry. He was the Portuguese representative of the area of literature in the Biennial of Young Artists from Europe and the Mediterranean, in 2001, in Bosnia-Herzegovina.
Studied Philosophy at the College, where it is licensed. Has been writting short stories (O Relojoeiro Contorcionista, Magma Magazine; Facas na Cidade, Construções Portuárias Magazine), Theatre Plays (Octólogo, TUP; Posse, Trindade; A Mala, CCB/Boxnova), Translations  (V. Woolf, S. Becket) and has been working with several national artists in the definition of meaning nucleuses in multidisciplinary plays (moments of being; Beatriz Cantinho e Ricardo Jacinto; Peça Veloz Corpo Volátil; Beatriz Cantinho) and has just finished his second novel, O da Joana, from publisher Abysmo, volume two of the trilogy Paternidades Falhadas, sucedendo a Autismo, também da abysmo.