Wines of the Azores 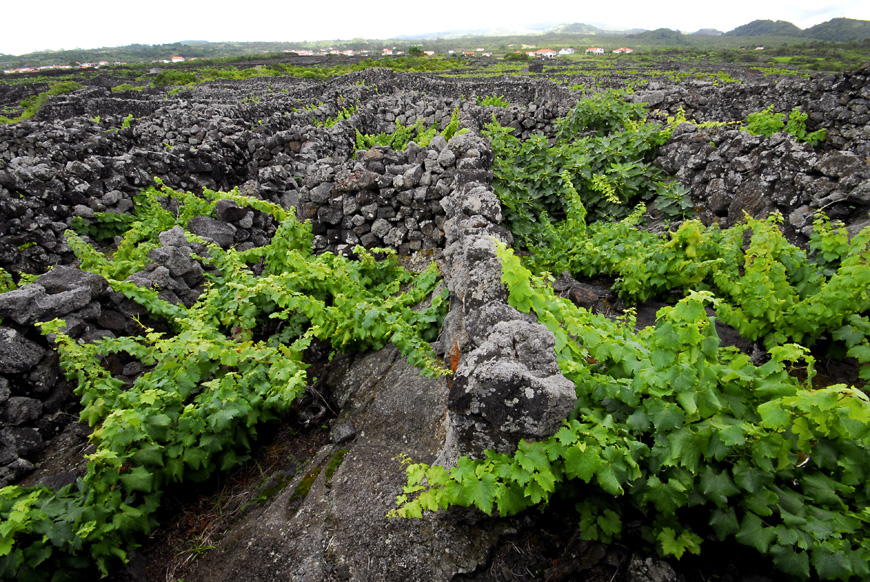 By combining a tradition which goes back to the 15th century and up-to-the-minute technologies, the Azores Wines are thus reinstated to their place in the wine-cellars of quality.

The Wines of the Azores inherit an ancient wine-growing tradition which goes back to the times of the first settlements (15th century).

The favorable position of the Archipelago as a port of cal for supplying the fleets of the Discoverers of the New World, and the later shipping lines, was a decisive factor in spreading the wines produced on the islands around many parts of the world.

The chronicles refer to the presence of Azores wine in the ships which were supplied in the Porto de Pipas (Terceira Island) and searched for ports in the Indies and Overseas.

In the 18th century, Azores wine sold well in North America, in the Antilles, in Hamburg and in St. Petersburg, being appreciated by the Tzars of Russia.

In the 19th century, Azores wine was exported to Brazil, where it was recommended by doctors as a medicinal product.

The settlers took advantage of the “biscoito” (biscuit) lands – which were the result of the most  recent lava flows – for the planting of vines, trying diferente varieties of grape until finding out which were best suited for the soil characteristics and the climate of the islands.

The Verdelho grape variety, which is thought to come from the Mediterranean region and which was introduced in the 15th century, is one of those which has adapted best to the climate and soils of the Azores, and continues up to the present day.

In the second half of the 19th century, the Azores vines were decimated by diseases (oidium tukeri and filoxera), the production falling catastrophically. Hundreds of families were left in poverty, and were obliged to emigrate to the USA.

In an effort to find grape varieties which were resistant to the diseases, the people of the Azores tried importing grafts of varieties and hybrids from America, but in so doing imported new diseases which made the situation of the existing varieties worse.

Some of the American varieties, in particular the “Isabella”, turned directly into wine, giving rise to a low-quality “scented wine”. 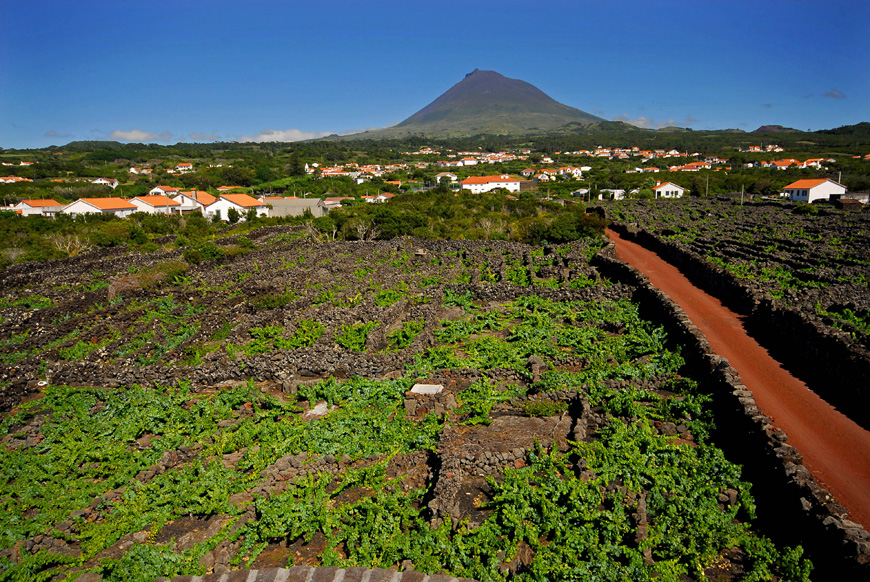 The tradition of Azores quality wines was only re-instituted in the 80’s of the 19th century, with the increase of the Verdelho grape variety and experimentation with other varieties in trial plantations set up by the official services.

The trial plantations have been enlarged in the 90’s decade, importance being given to the dissemination of the results thereby obtained, at the same time that the Wine-growing Zones of Biscoitos (Terceira island), Graciosa and Pico were created.

During the whole of the 90’s decade, about 150 hectares of vineyard we restructured into 330 holdings in the islands of Pico, Terceira e Graciosa.

The characteristics of color, clarity, bouquet and palate are defined by the Regional Wine-growing Commission of the Azores (CVR-Açores), which was created on the 26 May 1994, and which is responsible for approving the wine before i tis bottled, thus guaranteeing the quality of the product.

By combining a tradition which goes back to the 15th century and up-to-the-minute technologies, the Azores Wines are thus reinstated to their place in the wine-cellars of quality.

WINE-GROWING ZONES OF THE AZORES

In the district of Santa Cruz, the parish of the same name and those of Guadalupe, Praia and Luz, in areas at an altitude of 150 metres or less. The vineyards should be located or planted in soils with the following characteristics: greyish andesite soils, normal and not compacted, and soils derived by erosion from basaltic rocks or from pyroclastic materials seated on basalt rock of shallow depth. The parish of Biscoitos is in the district of Praia da Vitória, Terceira island. The wine-growing zone includes areas at altitudes of 100 metres or less. The vineyards should be located or planted in soils with the following characteristics: non-humid stony soils, with a consolidated substrate of basalt or similar rocks, andesites and trachytes, generally corresponding to recent lavas, frequently associated with rocky outcrops and sometimes having fragmented rocky materials distributed through it.