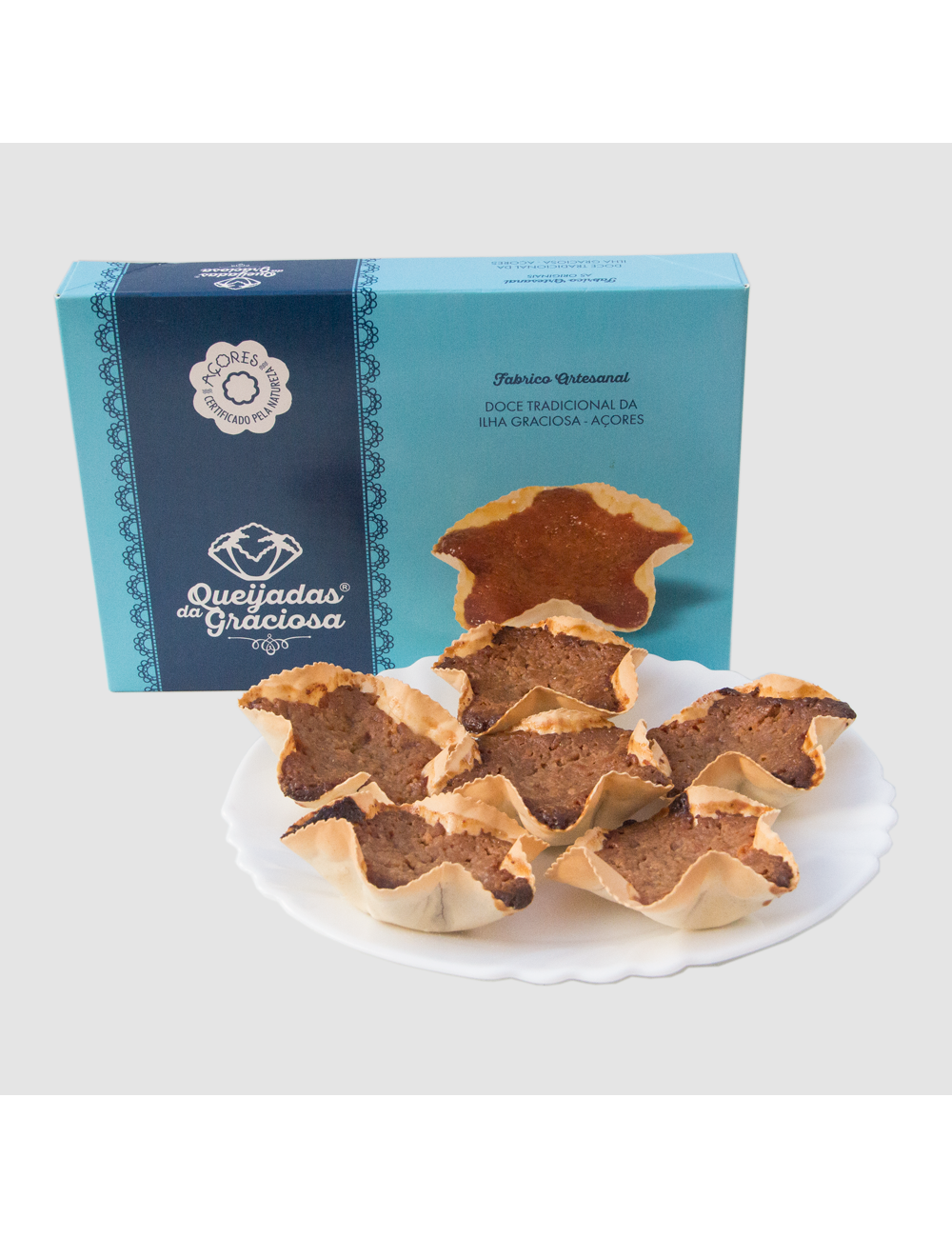 The Graciosa Cheesecake is a regional food product, homemade and considered the typical sweet and brand image of Graciosa.

With roots in the most authentic tradition, they are made with natural products (100% Azorean milk, 100% Azorean butter and 100% Azorean sugar) and according to the rules of traditional confectionary of the island.

In the past it was a recipe known to many housewives and present in every party or family reunion. It was then known as "milk covilhete".

Currently, its production occurs only in Vila da Praia, making this cheesecake locally known as "Praia Cheesecakes". Outside the island, they are called "Queijadas da Graciosa".